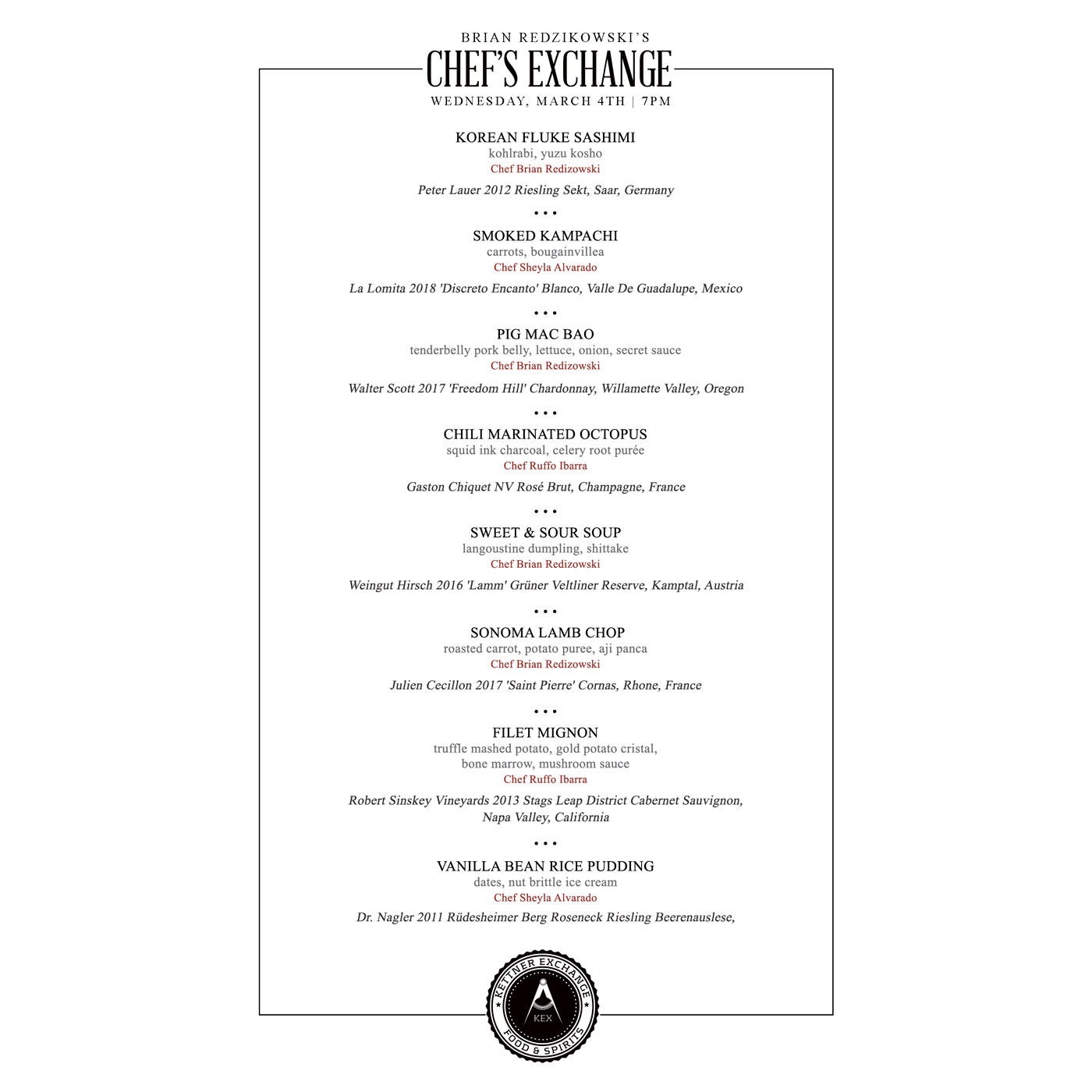 Arrival will be at 6:30pm and dinner will be held until 10pm with a private post-dinner celebration on our open-air rooftop.

Chef Redzikowski attended The Culinary Institute of America for a two-year program in Culinary Arts. Before graduating from college with high honors, he was recognized as “Outstanding Student” from Wine Spectator and was awarded with a full Scholarship. During his schooling, he completed an externship at New York City’s acclaimed Le Cirque 2000. After graduation, Brian moved to Aspen Colorado and worked as Chef de Cuisine of Nobu Matsuhisa Aspen.

After three years at Nobu, Brian moved to Las Vegas to except a Sous Chef position at Joel Robuchon at the Mansion. At the time of his employment, Restaurant Joel Robuchon was awarded the prestigious Three Star Michelin rating as well as numerous awards for one of the best restaurants in the world. To round out Chef Redzikowski’s resume, he accepted the opportunity of opening the 17 million dollar Yellowtail restaurant from ground zero in the Bellagio Hotel and Casino. Chef Brian now leads menu development for all six of SDCM’s creative concepts and is responsible for sustaining and elevating culinary offerings for all current and future projects.

During Chef Brian’s career, he has had the opportunity of competing in Iron Chef America as well as being awarded rising chef in the Los Angeles California area. Brian was also invited to cook at the James Beard house in New York City, was the winner of Cochon Los Angeles in 2018 and 2019 and was the Grand Cochon winner in 2019. In 2020, Brian and partner, Matthew Spencer were honored by Chef’s Roll with a Tower Award, acknowledging the empire builders of San Diego’s culinary scene.

Sheyla Alvarado – Born in Sonora, Mex. (Guaymas). July/1990. Sheyla arrived in Ensenada at 18 years old, to study Gastronomy at Universidad Autonoma de Baja California, after graduating she went back to San Carlos, Sonora to work at the largest resort there. Within a year and a half she was in charge of the hotel’s kitchen. After a while she returned to Ensenada in order to grow more and to seek opportunities, now in Valle, she has worked at Latitud 32 at El Cielo Winery, and Encuentro Guadalupe.

After a couple of years she joined Traslomita, (Lomita Winery Restaurant) as a Sous Chef in 2015, and after being there just one year she was named our Executive Chef. She’s been in charge of Traslomita since then and has now began a new project: Lunario. The space opened in October of 2019 for dinner service, with a 6 or 8 course meal with pairings available featuring Finca la Carrodilla and Lomita wines, alongside local distillates and craft beers. Lunario is a fine dining setting in comparison Traslomita where we serve lunch, family style.

Sheyla’s unique spark, cooking what she likes/liked to eat with her family growing up and using only local fresh/ seasonal ingredients has helped to set her as the young chef to watch in Valle and Mexico.

She also worked seasonally at SUD777 in Mexico City with Edgar Nuñez and at Cosme in NY City with Daniela Soto-Ines and Enrique Olvera. She has cooked with Rick Bayless, Walter and Margarita Manzke, Francisco Ruano (Alcalde/GDL MExX) and Guillermo Gonzales (Pangea/ MTY MEX), amongst other great chefs from México.

Ruffo Ibarra – Chef Ruffo Ibarra grew up in the metropolis of Tijuana, the entrance to the busiest land border crossing on the planet. He enjoyed cooking from the time he was a small boy, cherishing time in the kitchen with his mom. He has cooked in the kitchen of Javier Plascencia at Romesco & Cenador de Amos, a two Michelin Star restaurant in Cantabria, Spain. He returned home where he would put his expanded experience to work as a private catering chef.

In 2015, Chef Ruffo opened the doors to Oryx Capital and Nortico the speakeasy 6 months later with his business-minded family, a perfect team balance of creativity and business acumen. The restaurant brings a Cali-Baja fusion to guests with an understanding that the fluid border has greatly influenced the food in this corner on the planet. 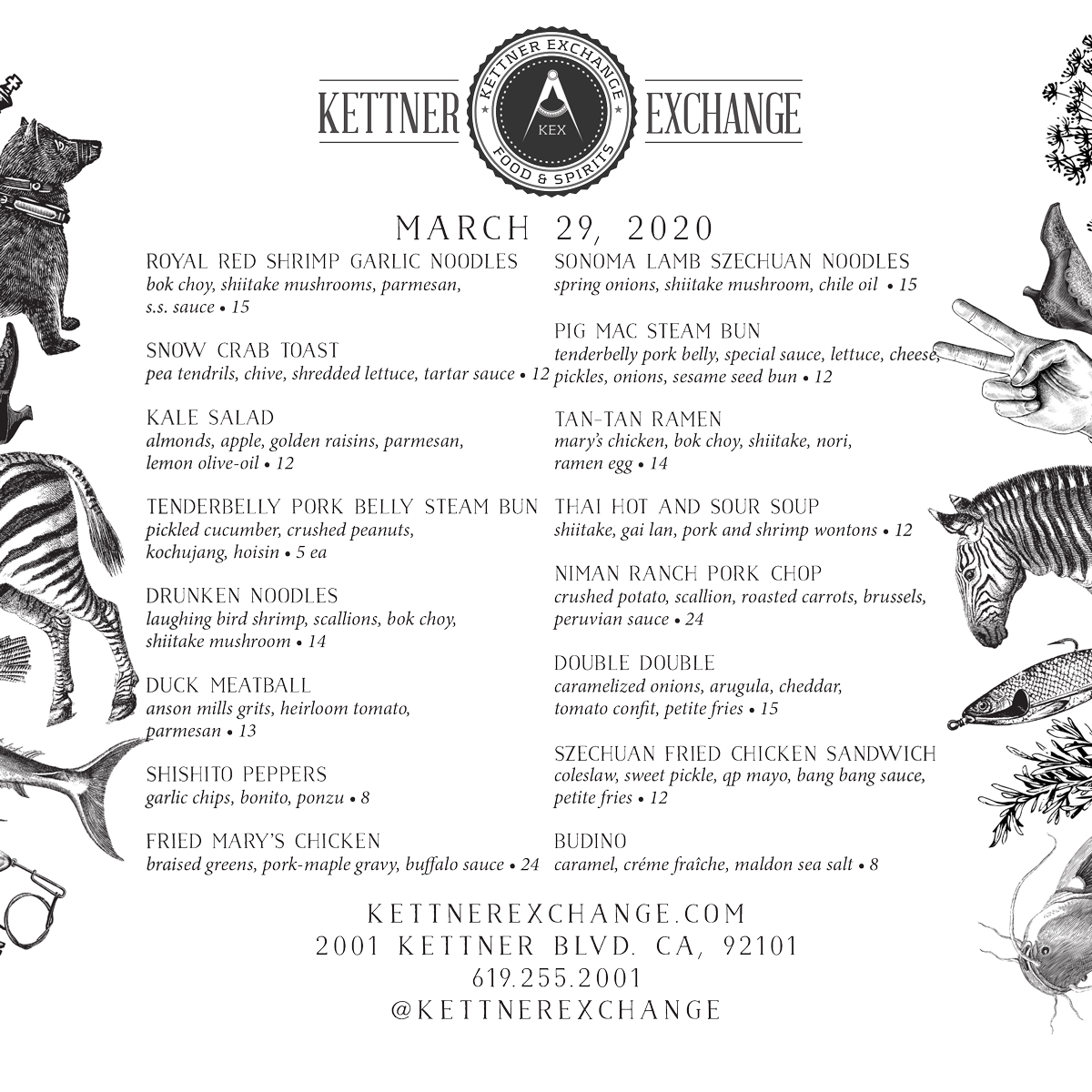 All wines are available at retail pricing upon request.
Please call for more information or to place an order 619.255.2001 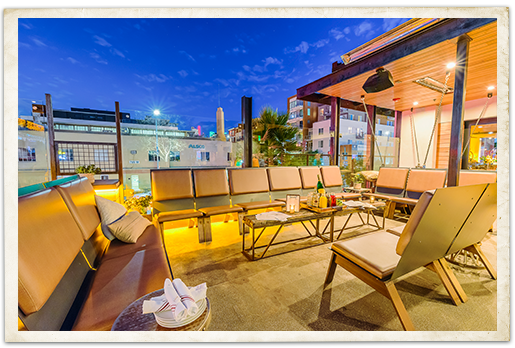 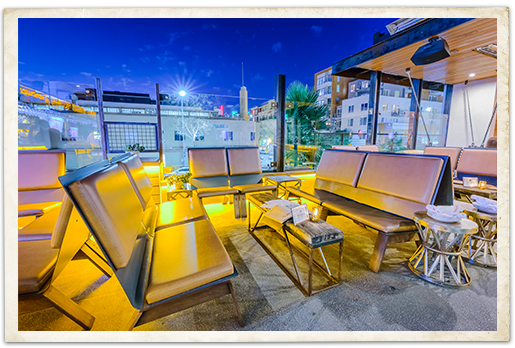 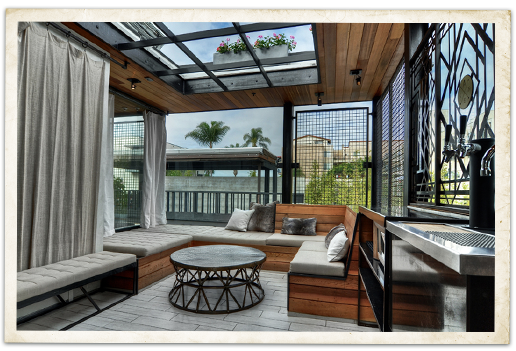 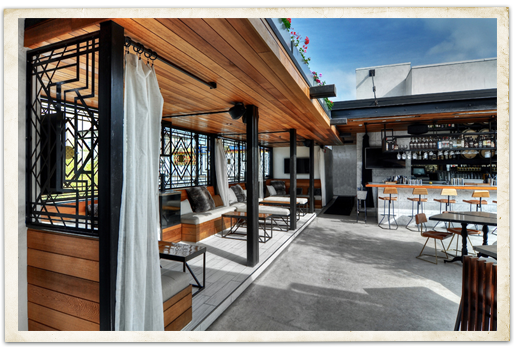